Red Anjou pears are much like their green counterparts, with the only exception being their color. Having an identical silhouette to Green Anjous, Red Anjous are just as easy to identify by their shape. They are recognizable for their egg-shaped appearance; having a large spherical lower potion that begins a gradual and even taper above the mid-point to a smaller, rounded top. The color of Red Anjous varies from pear to pear, however they are generally dark maroon in color.

Red Anjous show only a slight change in color as they ripen, which is another characteristic shared with their Green Anjou counterparts. Through the ripening process, Red Anjous develop a mild, sweet flavor with very smooth texture.

You can find this pear variety in your supermarkets from late September or early October through the spring months. 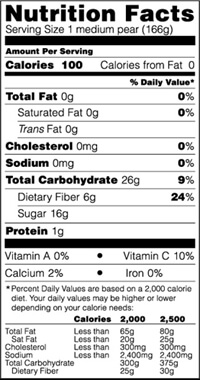